When Microsoft unveiled the Chromium-based Edge browser some time ago, it surprised many by revealing that the browser would not be Windows 10 exclusive. The classic version of Edge was released only for the company's Windows 10 operating system; the new Edge for previous versions of Windows -- even Windows 7 which at the time of official release was already out of official (consumer) support. Microsoft did not leave it at that either, as it released Edge for Mac OS X and promised to release a version for Linux as well. 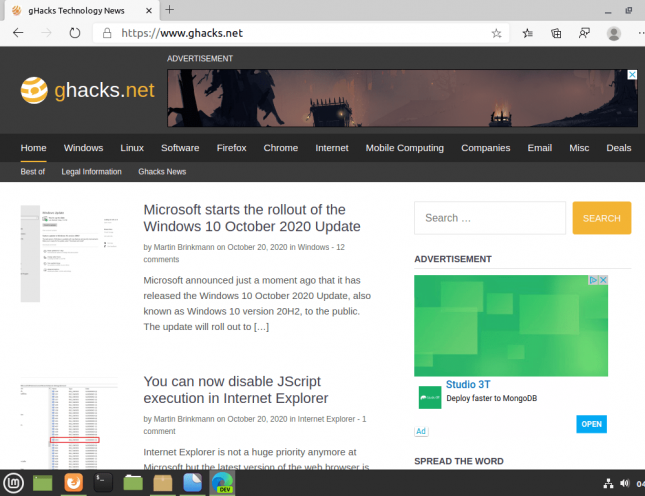 Some features of other Edge versions are not available on Linux at the time of writing. Microsoft mentions in particular that Linux versions of Edge support local accounts only; in other words: Microsoft Account sign-ins or Azure Active Directory are not support yet, and so are not features that rely on them such as the built-in sync functionality. Microsoft promises that these features will become available at a later point in time.

As far as installation is concerned, Microsoft is providing .deb and .rpm packages on the company's Microsoft Edge Insider site. Just scroll down on the site and click on the Linux (.deb) or Linux (.rpm) download buttons on the page to download the packages to the local system.

Linux users who run into issues may use the Send Feedback tool that is built-in to report these issues to Microsoft. (via  gHacks )

Now you: Microsoft Edge for Linux, will you use it?