Professional editions of Windows 10 ship with the Group Policy Editor that enables users and administrators to make changes to the default configuration of the operating system.

Up until now, policy availability was more or less identical for all professional versions of Windows 10. Turns out, this is no longer the case when the Windows 10 Anniversary Update is released.

Some policies contain a note stating that they only apply to certain editions of Windows 10, with Windows 10 Pro not being listed as one of them.

Note: This setting only applies to Enterprise, Education, and Server SKUs

Furthermore, the corresponding Registry keys are not working either anymore which means that Pro users have no option to make changes to features affected by the change.

Microsoft published a new article on Technet that confirms that policies related to "tips and tricks" and "store suggestions" cannot be disabled anymore on Windows 10 Pro.

The policies are still listed when you open the Group Policy Editor on Windows 10 Pro or another affected edition of Windows 10.

They do contain the note stating that the policy only applies to the listed editions of Windows 10, and modifying the policy has no affect on editions not listed there.

The big one is the Turn off Microsoft consumer experiences policy. We have talked about the feature previously. It powers among other things the installation of third-party apps and extra links on Windows 10.

So, if you did not want Candy Crush to be pushed to your operating system, you'd disable the policy to block that from happening.

Do not show Windows Tips 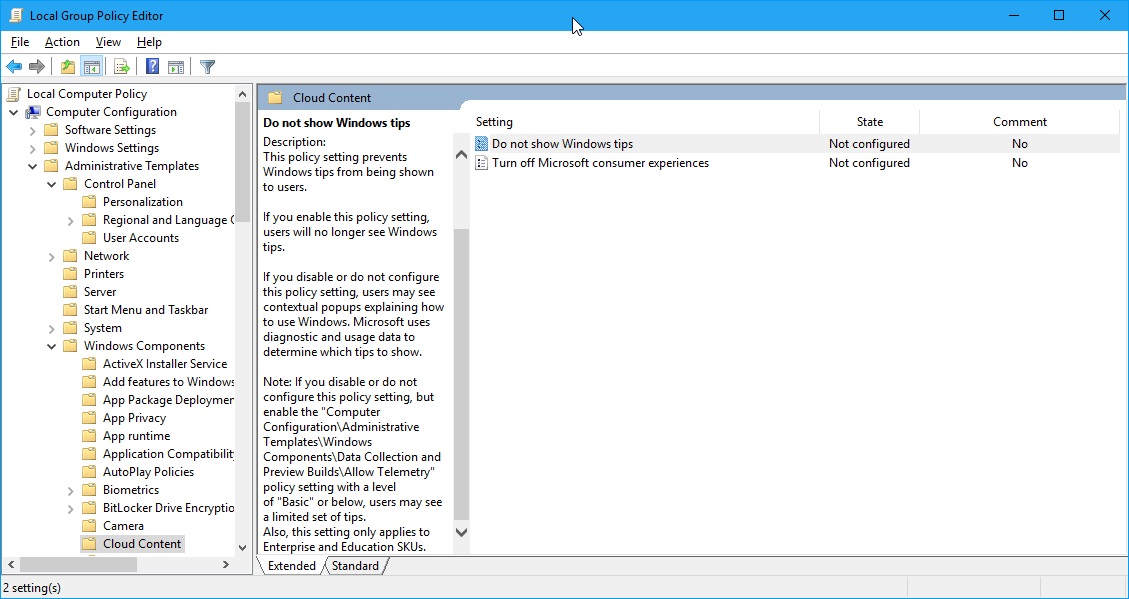 The release of Windows 10 Version 1607 restricts the policy to Enterprise and Education SKUs.

One option to at least limit the tips is to set the Telemetry level to Basic or below. You find the policy under Computer Configuration > Administrative Templates > Windows Components > Data Collection and Preview Builds > Allow Telemetry 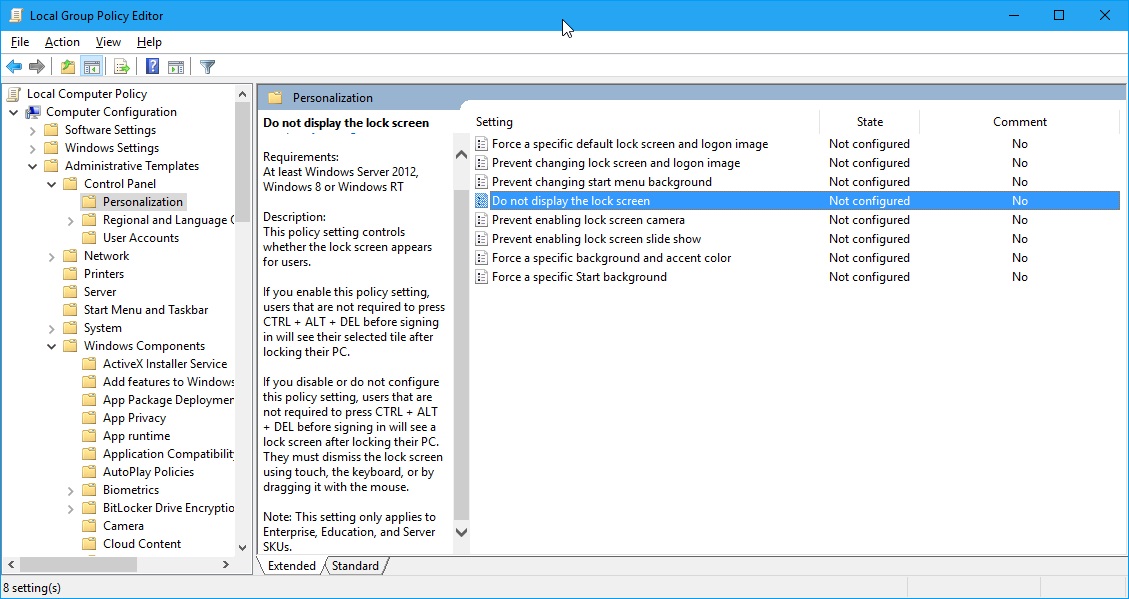 The lock screen displays information such as a clock or notifications to the user of the operating system.

The change blocks the policy on Windows 10 Pro systems, as it is only available on Enterprise, Education and Server SKUs after the Anniversary Update.

Disable all apps from Windows Store 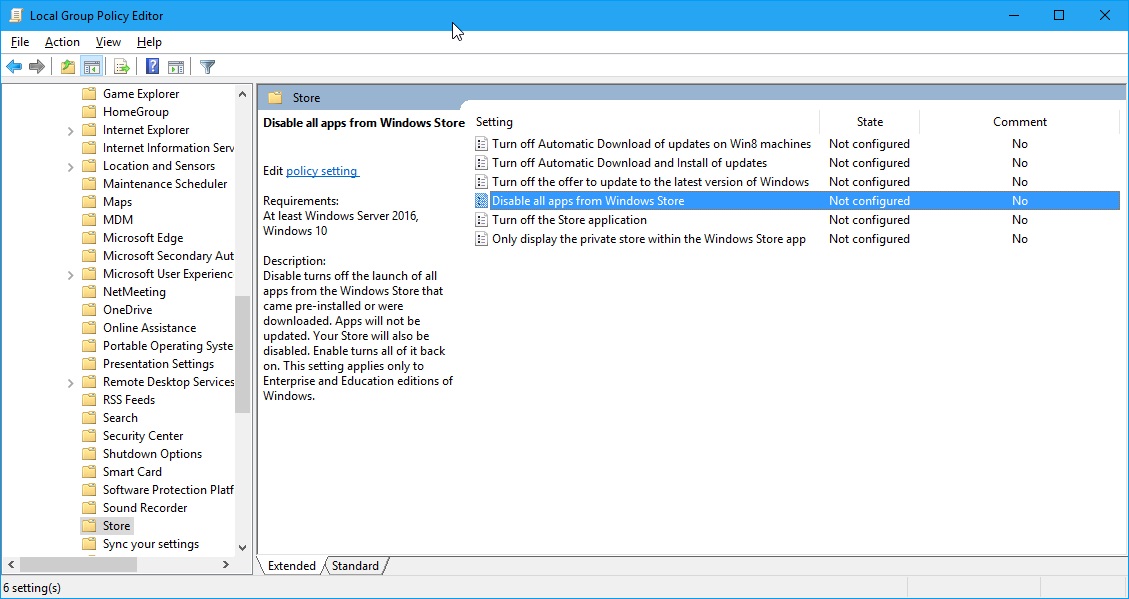 The policy allows you to disable all applications from Windows Store. It blocks the launching of all store apps that came pre-installed or were downloaded before the policy was set. Also, it will turn of Windows Store.

The setting applies only to Enterprise and Education editions of Windows 10 once the Anniversary Update is installed.

The changes take away functionality that was previously a part of the Windows 10 Pro edition. It is without doubt an annoyance, considering that Pro users have no option anymore to disable third-party applications, links or Store apps in general on Windows 10 once the Anniversary Update is installed.

Considering that many Pro users won't be able to get Enterprise or Education versions of Windows 10, it is anything but customer friendly.

Now You: What's your take on the removal?

Microsoft's strategy and approach to this is really unsettling. There is a complete disregard to smaller businesses and other smaller professionals.
With every iteration of Windows Microsoft has found new ways to make things harder and more difficult to archive simple things. A few examples of the latest nightmare with Windows 10 Pro 1607:

All of the above are really simple things, why do I need to waste so much time on this…