I have used different file archiving programs over the years on Windows including popular commercial programs such as WinRar or WinZip as well as a number of free applications such as Extract Now or 7-Zip.

While I really like 7-Zip, I started to notice that the application has its issues. The last stable version was released years ago and while the developer produces alpha versions of the program regularly, it is of no use to you if you do not want to run alpha software on your system.

Besides that it has its issues. 7-Zip does not support the new RAR5 format that was introduced back in 2013 and cannot open folders automatically after extraction.

I decided to look for an alternative that would tick all the boxes without sacrificing anything. Plus, the program had to be available freely as well as I had no intention of spending money for an archiver.

I reviewed Bandizip in 2011 for the first time and liked it a lot back then. The developing company has improved the application over the years so that it is now supporting all the features that I require from a file archiver. What those are? Glad you asked.

Bandizip ticks all those boxes. The program supports 37 different file formats at the time of writing including all major archive file formats but also disc image formats such as ISO or IMG. 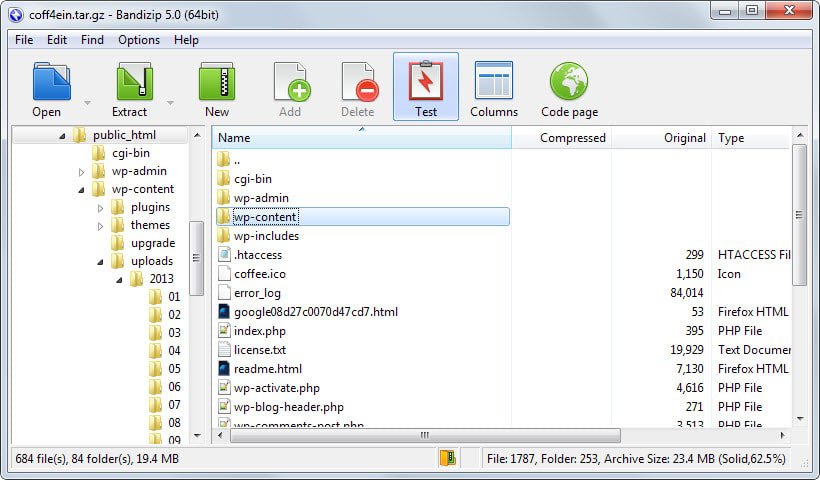 The application is available as a portable version or setup for Windows as well as a (paid) version for Apple's Macintosh system. If you install the program on Windows, the file association settings page is opened right afterwards. Here you can associate archive file formats to open with the application.

Doing so will replace the icon of associated archives with the Bandizip icon. It also allows you to double-click the archive to run an action configured in Bandizip on it. 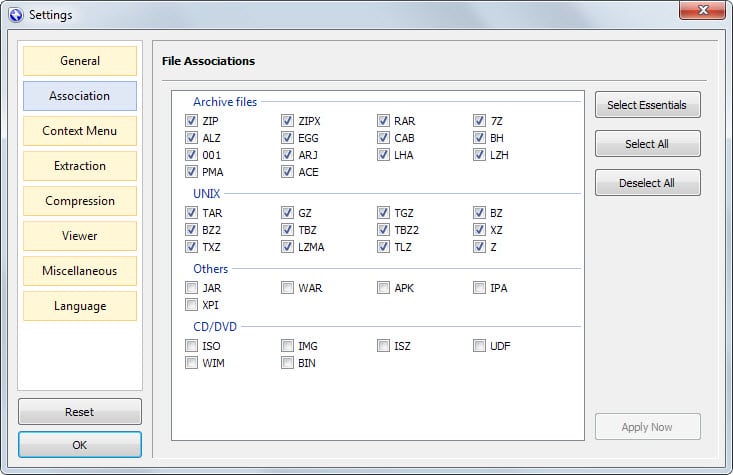 One interesting feature of the application is the ability to change what happens when you double-click archives. The default action is to open Bandizip to display the contents of the archive.

You can change that however so that the archive gets extracted automatically for instance instead.

As far as customizations go, there are quite a few that make life easier for you. Here is a short list:

When it comes to creating archives, Bandizip may not support a massive amount of options but the important ones are there.  It can create eight different archive types including zip and 7z, split up volumes, add password protection, self-extracting archives and change compression levels.

I have used 7-Zip for a long time but lack of updates and support for new file formats have forced me to find a replacement for the application. Bandizip ticks all the right boxes at the time of writing especially when it comes to extracting or browsing archives.