Microsoft will ship Windows 10 later this year and with it comes an offer to upgrade existing versions of Windows to the operating system for free.

Since the majority of Windows users probably does not know about that offer as they may not read tech sites at all or only sporadically, Microsoft pushed updates to Windows 7 and Windows 8 systems that prepare the system for the update.

At least one of the updates, KB 3035583, appears to have been designed to advertise Windows 10 once it comes out.

While that may make sense, some users may not want to upgrade their system to Windows 10 after all. If you prefer to keep using Windows 7 or even Windows 8, there is no reason to keep these updates installed on the computer.

How many updates we are talking about?

Those are the updates currently provided by Microsoft.

Remove those updates from Windows

First thing you may want to do is find out whether those updates are installed. If they are installed, you can remove them from the system and block them from being installed again.

Do the following to check if an update is installed: 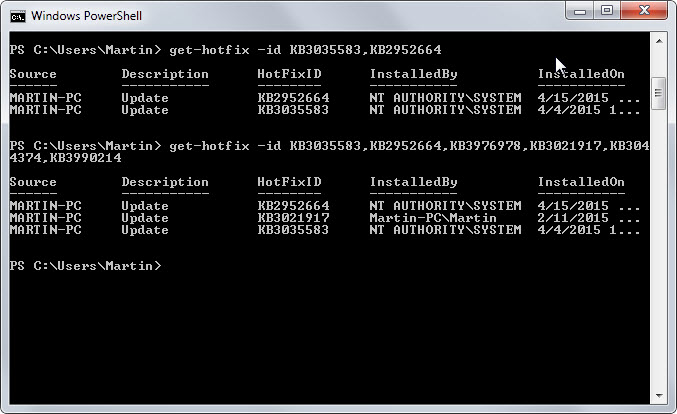 Obviously, only updates provided for the operating system may be installed. The updates on the screenshot above have been found on a system running Windows 7.

You can use the command line to remove Windows Patches as well.

This removes the update that you have specified from the system. You will get a prompt for that and need to run the command for all updates separately.

Note that you may get a restart prompt after uninstalling updates. Complete the process before you do so. 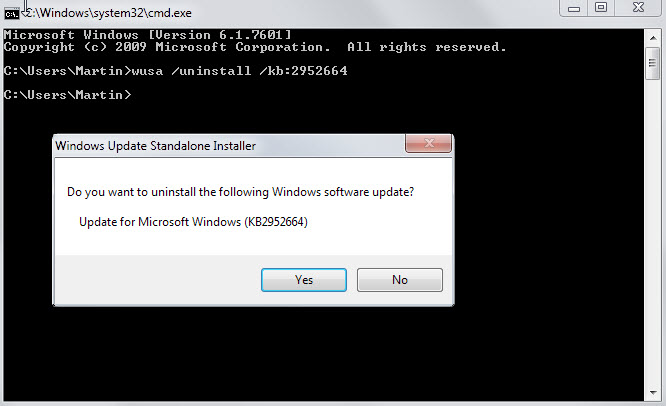 Windows Update will pick up those updates again after you restart the computer. Since you don't want them to be installed again, you need to block those updates from being installed.

Doing so blocks these updates from being installed automatically on the system.

These updates are displayed in a light gray font color afterwards and once you leave the page, don't show up anymore.

There you find them all listed and options to re-enable them. 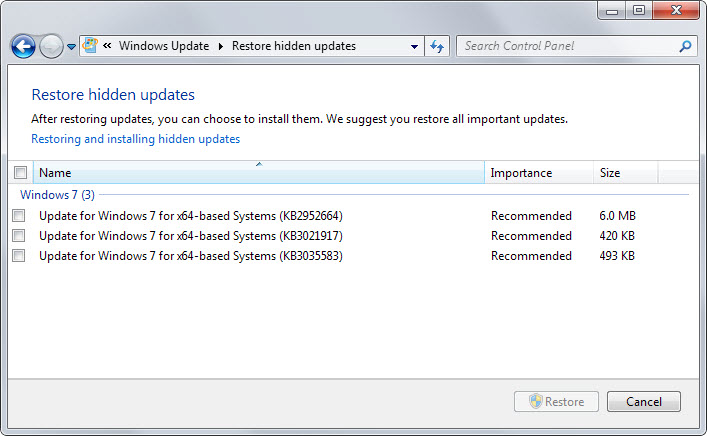