Microsoft revealed a moment ago how much money it charges customers who would like to get their hands on the company's new Office 2019 Professional. The new version of Office is listed for $439 in the Microsoft Store in the United States.

The professional version includes desktop version of the 2019 versions of Word, Excel, PowerPoint, OneNote, and Outlook, plus Publisher and Access, and is licensed for home and commercial use. 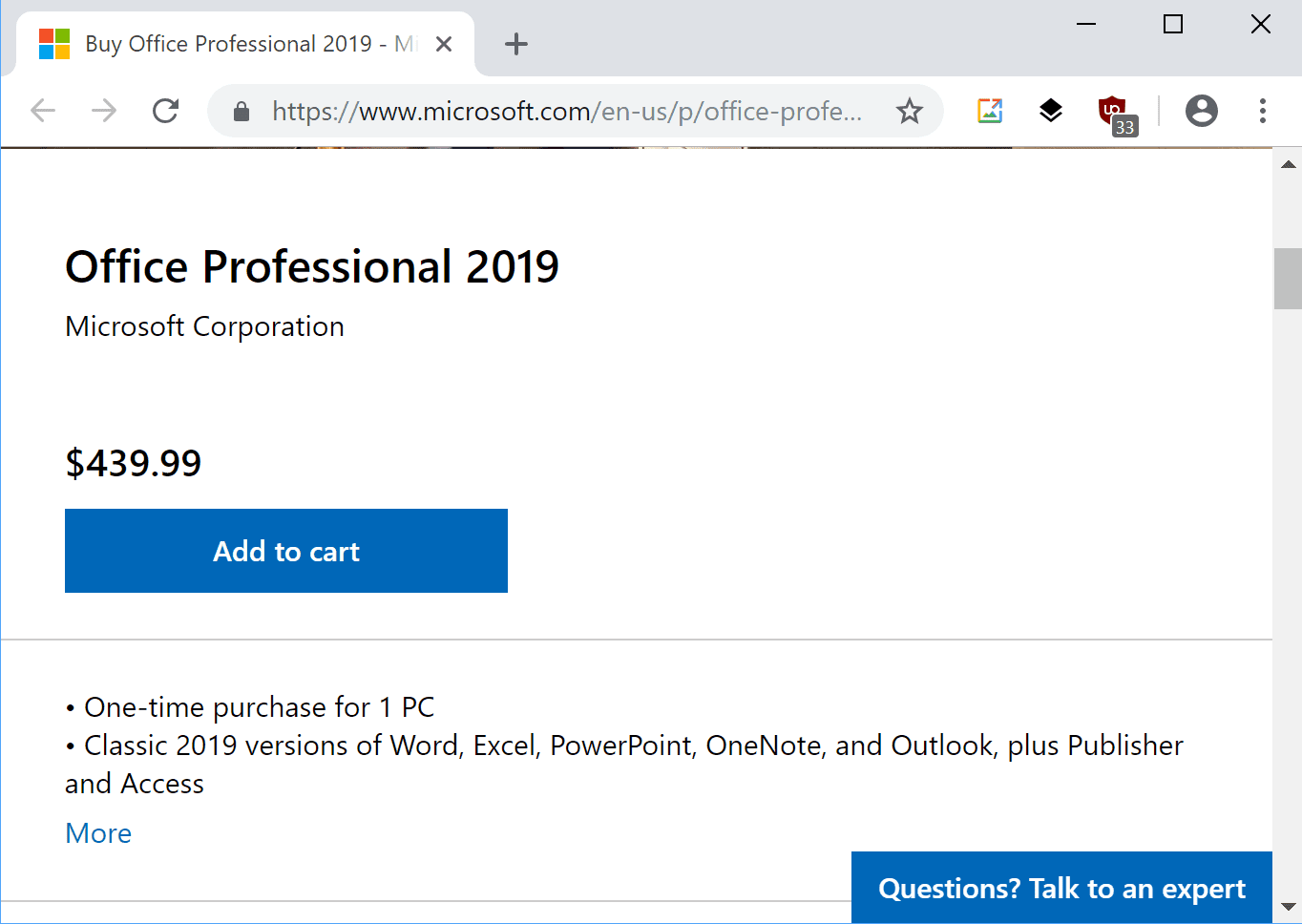 The price of the other Office 2019 desktop editions has been revealed as well:

Microsoft seems to have removed the 2016 version of Office from the company store. The only Office version for the desktop that is currently available on the Microsoft Store is Office 2019.

Office 365 for business customers starts at $8.25 per month for Office 365 Business.

Microsoft Office 2019 is only available for Windows 10 and the latest version of Mac OS X. Companies and individuals who run previous versions of Windows or Mac OS X can't install the new version officially and need to purchase the 2016 or even older versions of Office instead if they want to run desktop versions.

While there are workarounds to get Office 2019 to install on previous versions of Windows, none are official.

Now You: Will you buy Microsoft Office 2019?