The gog.com Winter Sale has started today. PC gamers can head over to the gog website to grab a free game and buy more than 2000 discounted games over the course of the next three weeks.

The free game is Full Throttle Remastered, a remake of Lucasart's adventure game Full Throttle. Any gog.com customer may add the game to the account to play it for free. You may create an account for free to sign up for the site to claim the free game.

Here is the intro of the game.

Gog, unlike Steam, awards free games to customers who spend a certain amount of money during the Winter Sale. Anyone who spends at least €0.01, yes that is 1 Cent, gets the ancient but still awesome Fantasy General from SSI added to their account. Those who spend at least €13 get Everspace addded to the account.

Grabbing freebies is great but what about deals? Gog highlights eight deals as daily deals that have special discounts. Steam had this feature as well in the past but got rid of it. 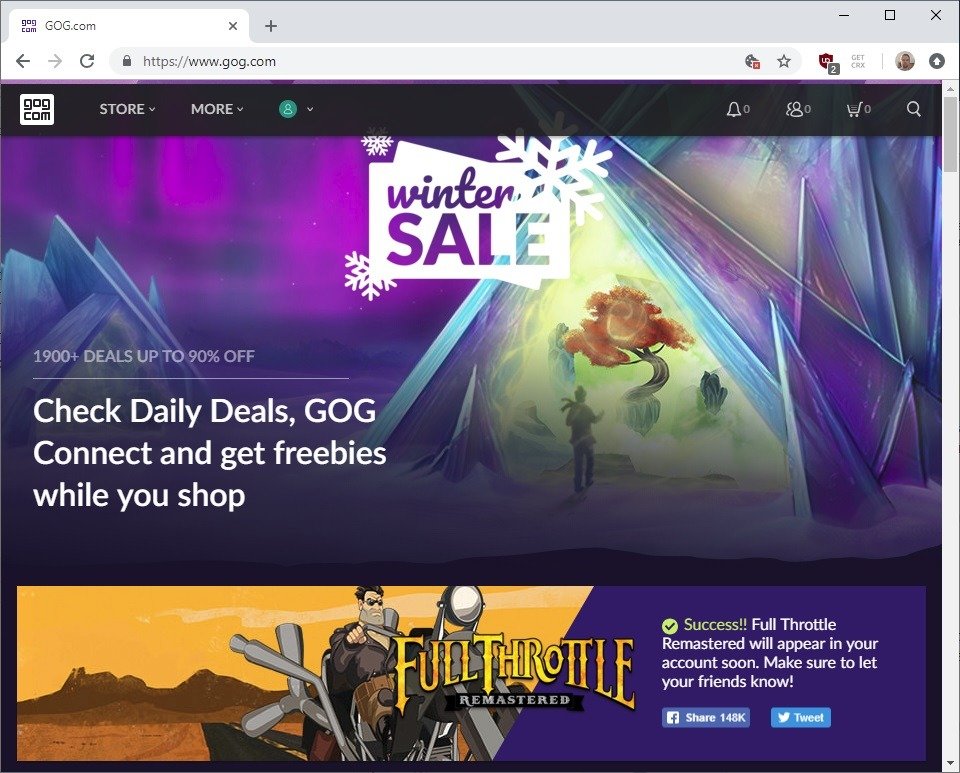 Daily deals are not liked by all games. Some like the thrill of discovering new deals each day and stumbling upon games that are discounted even more than they are usually. Others dislike it as it may mean that they miss out on special discounts if they don't check back each day to find out which games have special discounts.

The daily deals system requires a different approach to the sale if you want to maximize savings. Since any game may have a bigger discount on a single day, you may want to wait with your purchases to the last day of the sale if games you are interested in are not offered as a daily deal prior to that.

The idea is simple: daily deals offer better discounts and you may not want to run into a situation where you bought a game only to find out that you could have saved more the next day when it was listed as a daily deal.

Here is a selection of games that I recommend. Note that I like strategy, adventure, and RPG games the most.

You can grab recent games as well but the selection is limited as some publishers don't want their games offered in a DRM-free way.

Now You: Found games of interest? Feel free to share them in the comments below.