Minimize Thunderbird to the system tray with ThunderBirdTray

Mozilla threw a wrench in my plans to review a few Thunderbird add-ons that I liked, when the v68 update killed some legacy extensions. One of these was MinimizeToTray Reanimated, which was a fork of another add-on that stopped working a long time ago. 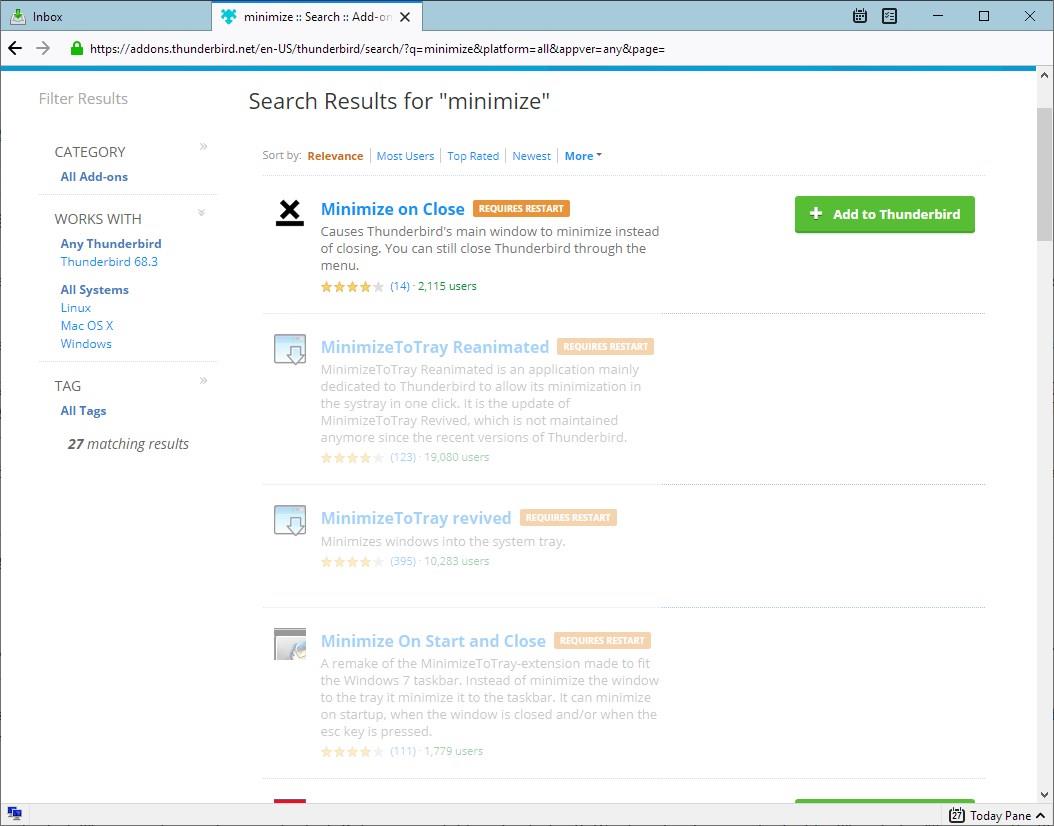 That add-on put the mail client in the system tray. If you're like me, you've probably closed the application unintentionally at times, and missed important mails. This plugin was meant for users who prefer to keep Thunderbird running but out of the way when it is not needed.

After stumbling upon Birdtray and  TBTray, both of which are open source, I found a reddit thread by a user named AEGuardian. He mentioned that he wrote an open source application called ThunderBirdTray to address the problem caused by the broken MiniMizeToTray extension, and also to avoid disabling the Titlebar Tabs (which was a requisite for TBTray to work). Yes, it is not a Thunderbird extension, but a standalone program that works with the email-client.

Extract the application's archive to a folder, run the ThunderBirdTray.exe, and you will see a Thunderbird icon on your system tray. If the email client wasn't running when you started the tray application, it will open it. 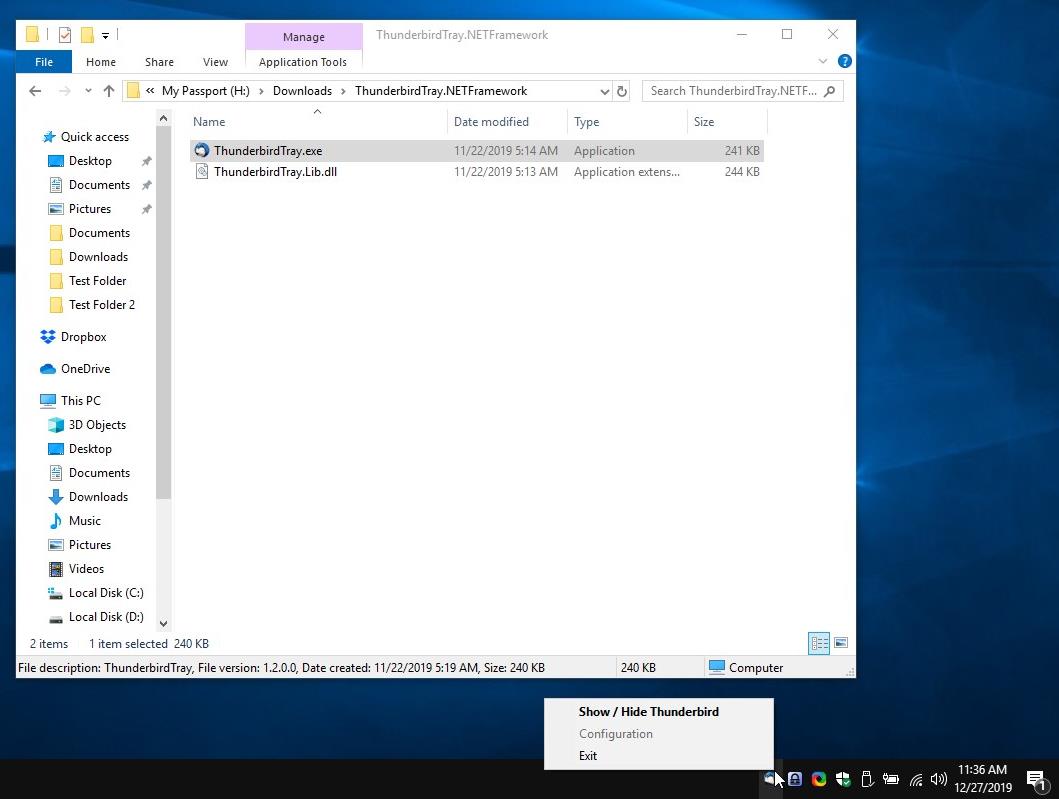 Now, there is something you should know. ThunderBirdTray will exit if you close the email client normally. But it's not the other way around, i.e., exiting the program will not close the email client. If you want to prevent the tray application from exiting, you can optionally install an extension (explained below).

The name should tell you what it does, when you hit the close button in Thunderbird's window, the extension will minimize it. Hey, if the add-on does that, why shouldn't I use it instead of this tray program? The add-on will only minimize Thunderbird to the Taskbar, not to the system tray. That's why we need ThunderBirdTray (or another similar application). 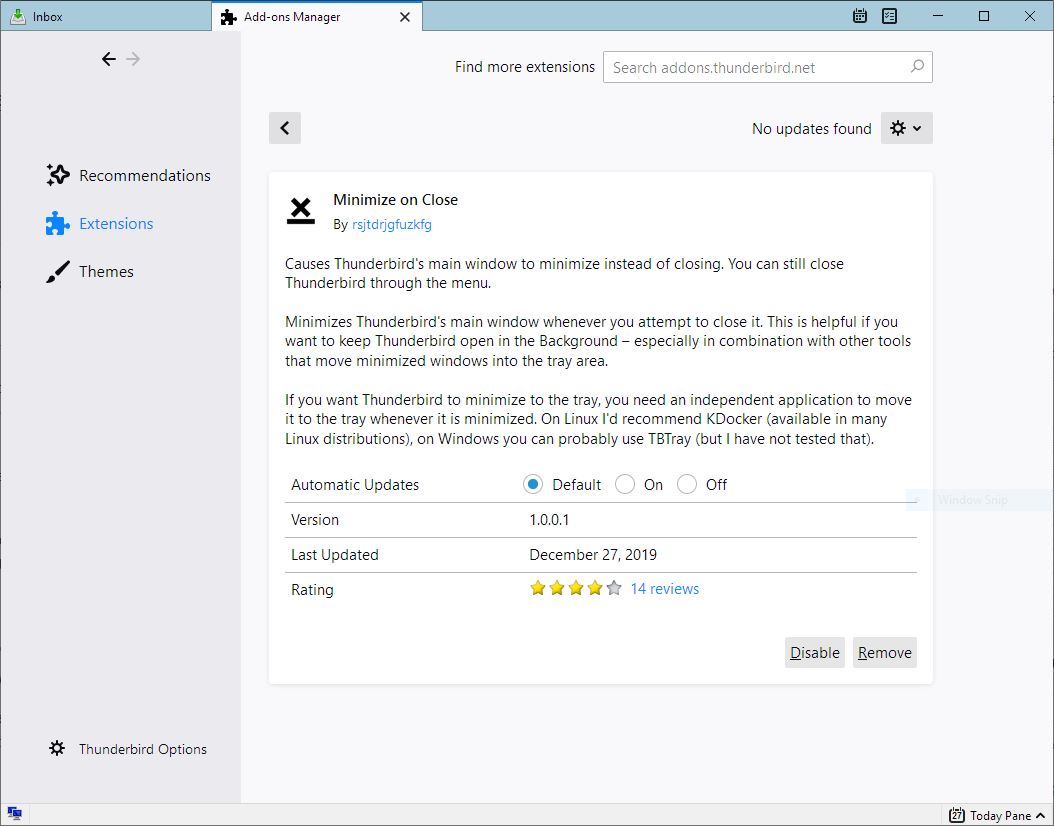 Wait, the email client is still displayed as an opened application on the taskbar. Right-click on the ThunderBirdTray icon and select "Show/hide Thunderbird". That should hide the program from the Taskbar, but only visually, it's running in the background. Speaking of which, the tray icon's context menu has a "Configuration" option that is grayed out. Perhaps, it may be available in the future when more features are added to the program.

You have two ways to start the tray application. The manual way is to use a shortcut. But you can set it to auto-start with Windows by placing a shortcut for ThunderbirdTray.exe in the Startup folder. 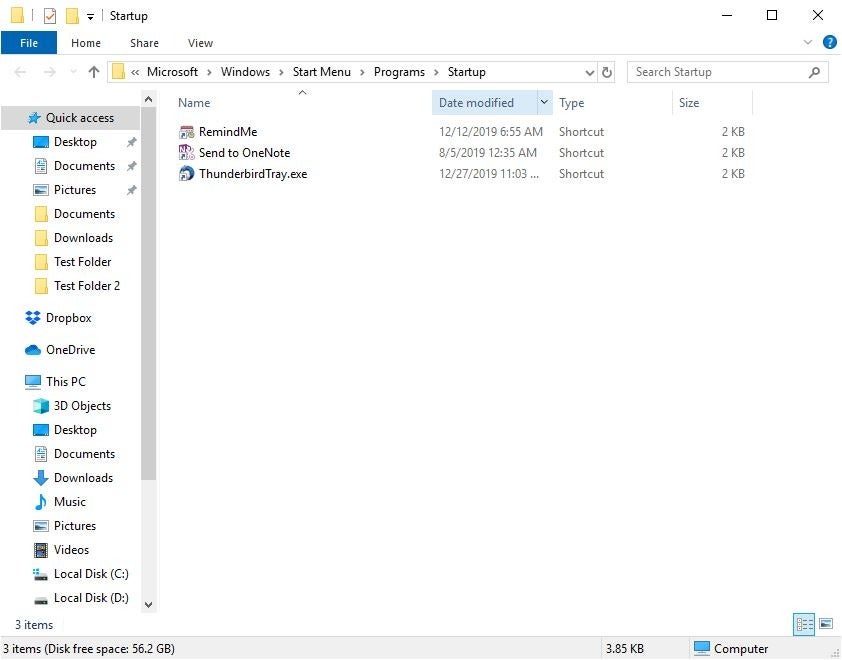 ThunderBirdTray does not display an unread message counter (Birdtray does).

The program is written in .NET and is available in 3 portable versions, one of which is a self-contained archive, i.e., it works without the runtime installed on your computer. It's a straightforward one, so you don't have to configure the mail folders to be monitored like Birdtray.

WARNING: Virus Total reports 3 detections for the NETCore version of the program, 1 for the .NETFramework version and none for the self-contained version. I scanned them with Windows Defender and Emsisoft Emergency Kit and found nothing harmful. A couple of other tray applications had similar detections, it's likely because they change the way the program works. It checks the running processes' windows to see if Thunderbird is in the list, and hides/shows it (refer to the Github page for the technical details). So, I'm fairly certain that the Virus Total reports are false-positives. But I wanted to mention it here anyway for your security.

Since the application relies on Windows UI Automation APIs and not Thunderbird's extensions APIs, it is possible that it could be immune to further changes made by Mozilla.

What do you use for minimizing Thunderbird to the tray?