Thunderbird 68.7.0 has been released

Thunderbird installations that are already on Thunderbird 68.x will be upgraded to the new version automatically. Users may run a manual check for updates to get the update asap may select Help > About Thunderbird to get it downloaded and installed at that point.

Thunderbird installations that are still on previous main versions won't be upgraded to Thunderbird 68.x automatically unless Lightning is installed. 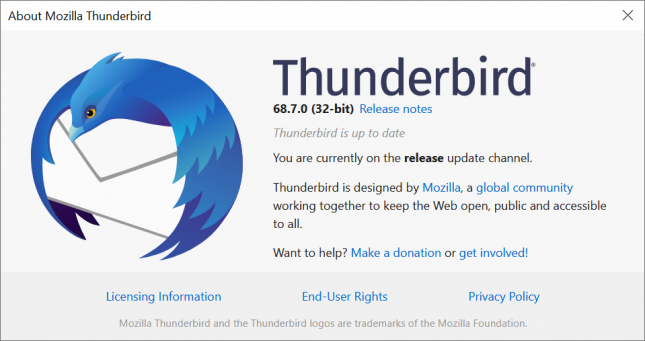 The maintenance release fixes the following issues in the email client besides that:

The two security issues fixed in Firefox appear to be the same issues that Mozilla fixed in the Firefox 75.0 web browser release.

You can check out the entire release notes of Thunderbird 68.7.0 here.