Modify the mouse settings from the command line

Windows 10 has two ways that you can use to change the mouse options. The modern method is available from the Settings app > Devices > Mouse, but as is the case with these modernized preferences, they usually lack functionality and are mainly useful for basic changes. 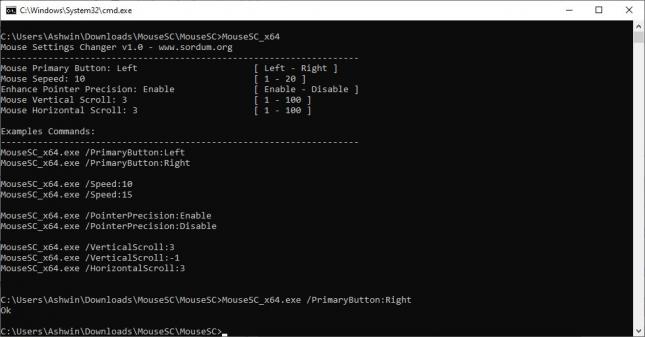