Mozilla added options to control HMTL5 video autoplay in 2015 in Firefox and while the functionality worked fine on many sites, it did not work on others.

Work began to improve the functionality, fix bugs and issues. Firefox may soon block autoplaying media with sound by default in the browser similarly to how Google Chrome handles this.

Mozilla Firefox will block autoplaying media in background tabs if the tabs have never been activated by the user. Autoplaying media may be blocked even if the tab is the active one, e.g. when autoplay is disabled in the preferences or if the media is audible and the user has not interacted with the tab.

Firefox will display a prompt to the user in the user interface by default when autoplay is blocked to allow playback. Keeping "Remember this decision" checked will store the user preference for the site to whitelist (allow) or blacklist (don't allow) it.

A new setting was added to the Firefox preferences in Firefox Nightly currently that gives users options to set default autoplay behavior and manage the list of exceptions. 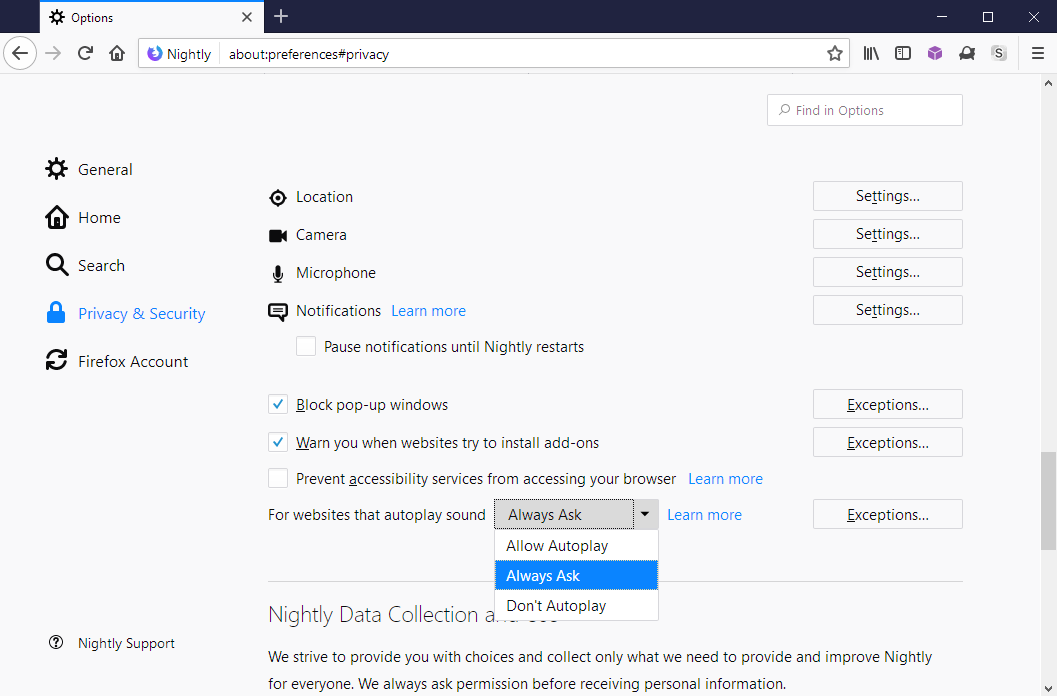 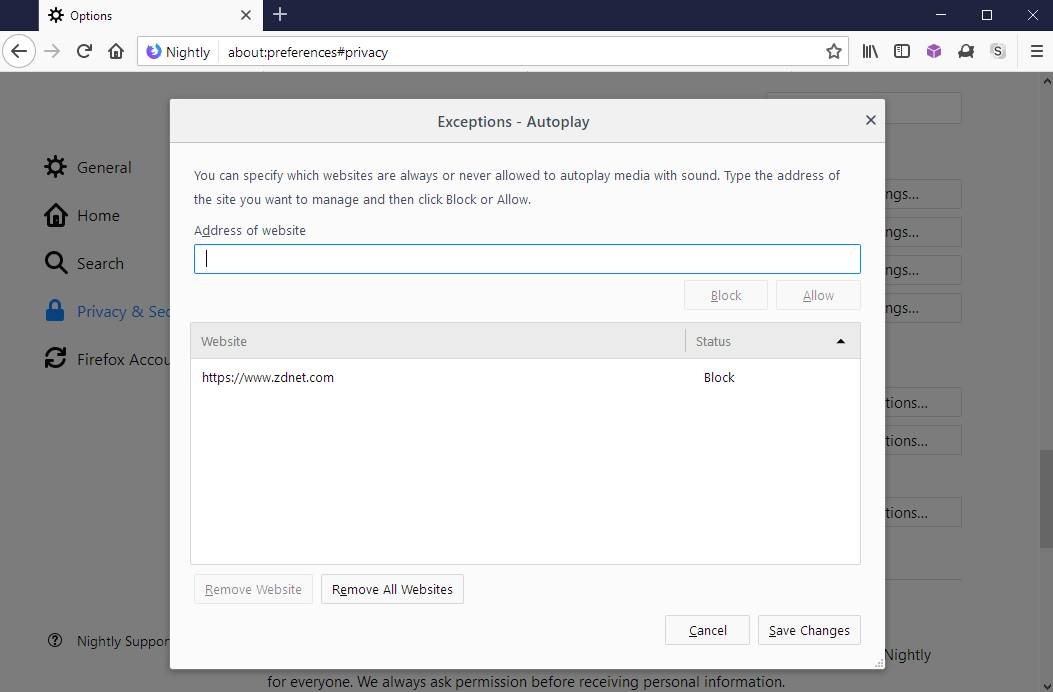 Mozilla added several new preferences to Firefox that determine autoplay blocking rules in the browser. Note that these are included as of Firefox 63 but that the functionality won't make it into Firefox 63 Stable. The earliest stable release is Firefox 64 but that depends on a number of factors.

Note: The preference media.autoplay.enabled is not listed anymore and it seems to have been removed as of Firefox 63. If you set it and right-click on it to reset it, you will notice that it is removed automatically on restart; that's a clear indicator that the preference is no longer supported.

The current implementation blocks audible audio and video in Firefox on the desktop and on mobile but won't block WebAudio at this time. Plans are underway to add WebAudio blocking in future releases.

When the change goes live, Firefox will block autoplaying media in tabs that did not have user interaction by default. Firefox users can change the behavior using the preference listed above to better address specific needs.

Now You: How do you handle autoplaying media?