Google released updates for the company's YouTube application for Android and Apple's iOS operating system recently. One of the changes of the update moved the autoplay toggle; it is now displayed in the media player.

YouTube users who use the web version, e.g. on a desktop operating system such as Windows, will get the same change. Google is rolling it out currently to all users who access YouTube on the web.

Most users should see a prompt the next time they play a video on the site stating "looking for autoplay? Choose whether videos automatically play next". 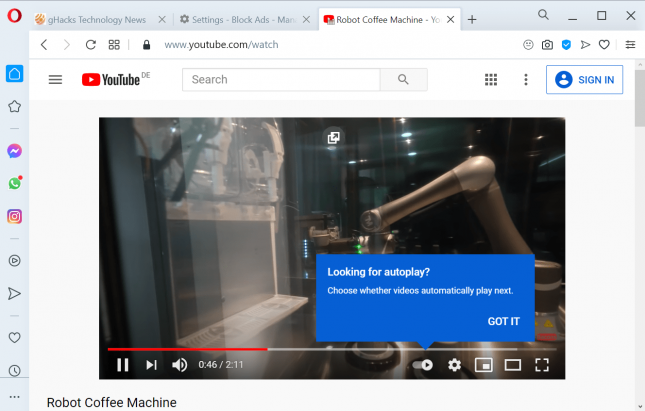 It is easy to dismiss though and while some users may spot the new toggle in the player interface right away, others may wonder where the autoplay button is or whether it has been removed.

The autoplay toggle was displayed in the sidebar on desktop versions of YouTube up until recently. Google introduced the autoplay behavior on YouTube in 2015.

Autoplay is set to ON by default, which means that YouTube will start to play the next video in the queue, or the next video that its algorithm picked to be watched, automatically after the active video ends.

Some users dislike autoplay on YouTube as it loads a new video and prevents users from interacting with the current one or checking out other recommendations. If you like to read and leave comments, autoplay is problematic. 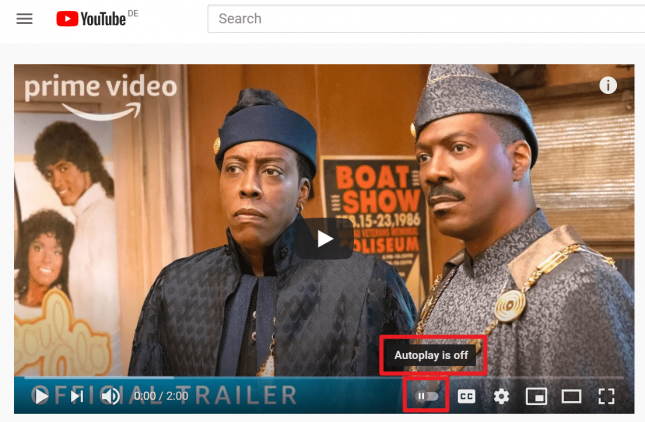 Autoplay has been added to the video player on YouTube. All you have to do is click on the new icon -- which displays "autoplay is on/off" when you hover over it. A click or tap toggles the option, and the status indicates the change immediately.

YouTube remembers the state of autoplay even if you leave the page or close the site entirely. Please note that the toggle does not interfere with the auto-playing of videos when you open them on the site, it is just designed to allow or prevent autoplay of the video that is in queue after the current one ends.

The change improves the visibility of the autoplay toggle on YouTube, and it may lead to more users disabling next video autoplay functionality on the site.

Now You: what is your take on autoplay functionality?